Admittedly, the photo wallpaper doesn’t exactly have the coolest image. I mainly associate them with terribly kitschy motifs, poorly photographed sunsets in front of so-called dream beaches, which in tastelessly furnished apartments (preferably in the living room or party room) represent the culmination of an interior-architectural confusion. But, we know that times are changing and maybe they are changing for wall murals too. Ultimately, they are a variant of wallpaper. And that’s how we can approach them. Photomurals are made of paper or fleece (a textile fabric made of individual fibers) and differ from “normal” wallpaper by their imprint. Photo motifs, special designs, but also classic art or illustrations can be found on them. To see window pictures stickers, please check bestcraftblog.

The photo wallpaper: a story full of misunderstandings

As early as the 17th century there were such wallpapers that were provided with special pictures, so the photo wallpaper could be described as classic. Who would have thought that. So much for the attempt to save our honor, but what about the photo wallpaper in the present?

Subjectively, there is a much larger selection of motifs. Of course, the inevitable beach and palm tree photos can still be found in the online shops, but some other landscape shots have also crept in. The quality of the recordings (also from a technical point of view) has improved greatly. And if you’re a big fan of New York, for example, there’s nothing wrong with hanging a wallpaper with a photo of Fifth Avenue in your bathroom. Or, as a lover of Italy, beautify the kitchen with a photo wallpaper of blooming lavender fields. There are no longer any limits to the motifs, everything you can imagine can also be bought on a wallpaper.

Your own photo on a wallpaper

With most providers, you can now also have your own photo become the wallpaper (it should of course have a good resolution). This can give a room a very personal touch. And I hope you’ve read how to hang the wallpaper in my blog about wallpapering. It should also be said that the non-woven wallpaper is a little more expensive than the photo wallpaper, but also of better quality and a lot easier to handle.So there is nothing more that speaks against a photo wallpaper. But I would think very carefully about the choice of motif, after all you have to put up with it for a while. Finally, the question arises: what about wall tattoos? Wouldn’t that be the more modern variant? Yes, that’s right. Wall tattoos have been very popular in recent years. Wall tattoos are applied directly to the wall and, similar to photo wallpaper, are available in countless motifs. If you want to get rid of them again, you have to repaint the pasted wall. On the other hand, you can be a little more creative with the wall tattoos and implement your own ideas independently. So, whether tattoo or wallpaper – you should think very carefully about what you want to see on your wall every day. 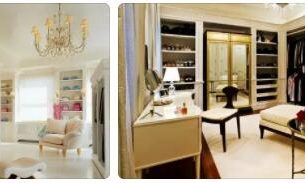 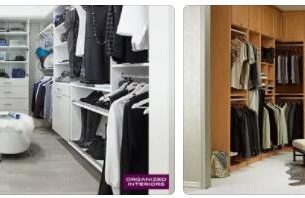 5 Tips to Plan Your Walk-in Closet